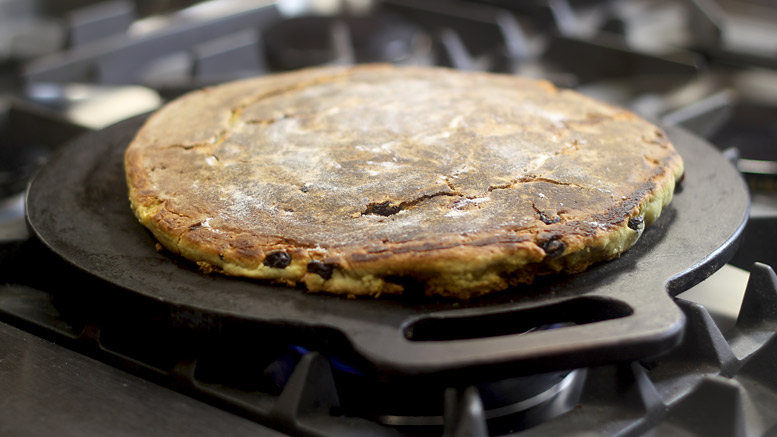 Cacen Gri is a large Welsh griddle cake (like a large, single welsh cake) baked on a traditional Welsh griddle or bakestone (planc) this particular recipe is from Bala in Merioneth. As this recipe is so quick to make and bake it was prepared when bread was suddenly in short supply, or when friends were expected to call around for tea. Made with all butter this is a very rich, crumbly griddle cake, serve it split in half and spread with butter and jam.

Note on baking: traditional small welsh cakes will bake quite quickly on a hot griddle, however a Cacen Gri is much bigger and thicker, it will take about 7 to 10 minutes on the first side.

In a mixing bowl rub the softened butter into the flour to make it like breadcrumbs. Add the salt, currants and sugar and mix them in. Make a well in the centre of these dry ingredients.

In a small bowl beat the egg, then pour in the milk, and finally mix in the bicarbonate of soda. Slowly pour the wet ingredients into the well of the dry ingredients and mix in to make a stiff paste. Flour your hands and gently knead the mixture into a soft dough which holds its shape. Knead a little extra flour into it if necessary. Leave this in the bowl to rest for 20 minutes. 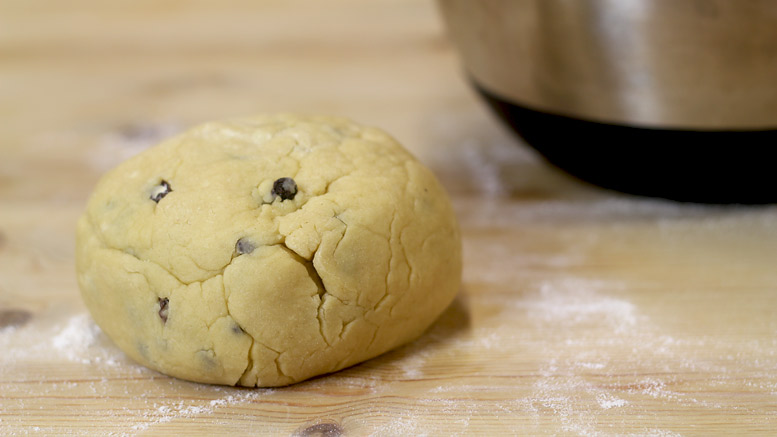 Turn the Cacen Gri dough out onto a floured work surface and shape it into a ball, then flatten it out with the palm of your hands to form a round, thick cake, about 1 inch or 2.5cm thick. Lightly flour each side. 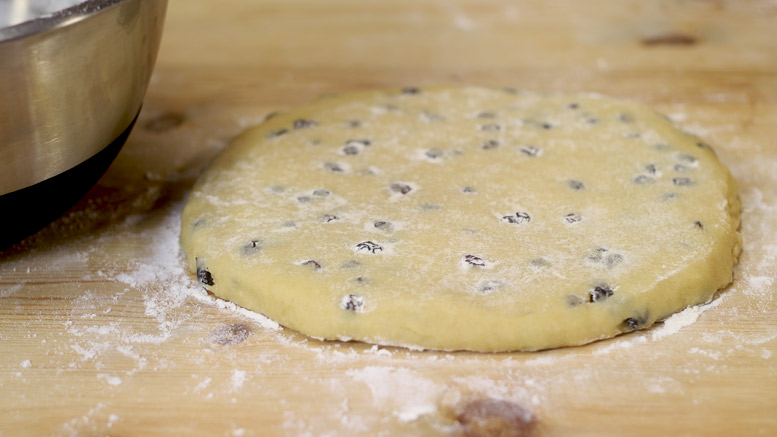 Shaping The Cacen Gri Dough Into A Flat Cake

Bake this evenly on both sides on a moderately hot traditional Welsh bakestone (or griddle / large thick based frying pan) which has been brushed over lightly with a little butter. It will take about 7 to 10 minutes on the first side, and less on the second side. Try not to break the cake as you turn it over on the griddle – only make the first turn when you are sure the underneath of the cake has become browned and stable. Once the first turn has been made you can turn the heat down under the griddle to finish the griddle cake off.

Split the Cacen Gri in half when still warm and spread over some butter (and some fruit jam or preserve). Put the halves back together and then cut into slices to serve. 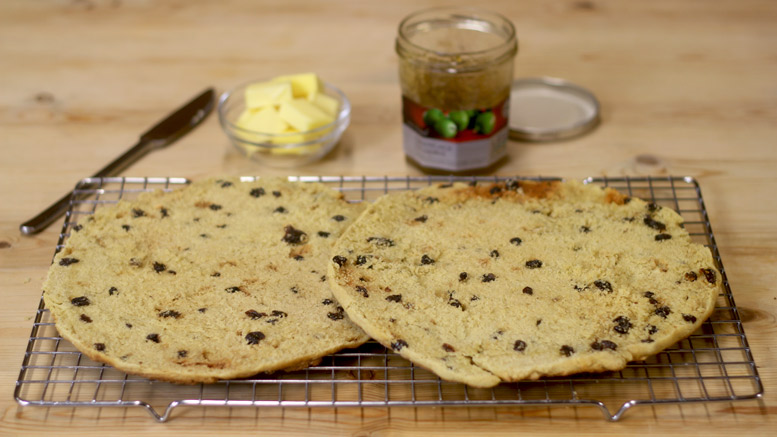