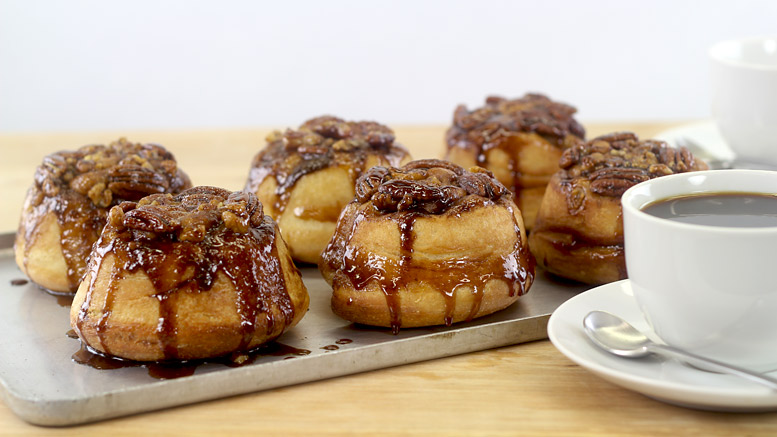 These wonderful tasting sticky buns are like a traditional cinnamon roll with added pecan nuts. Not only do they taste great, with a light bun texture, but they smell great … well, better than great, they fill the room with a lovely aroma of cinnamon when baking. Hard to resist until they are cool enough to eat. In terms of making them for breakfast, which they are perfect for, they can be made up fully the night before, (without baking) cling film them in the muffin tin, and place them in the fridge overnight, this retards the development of the yeast for the final rise. In the morning remove them from the fridge and place them somewhere warm for 45 minutes, then bake. And if you don’t have a big smile on your face as your turn them out after baking we will eat our collective hat.

Making The Bun Dough: In a jug add the warmed water, a pinch of sugar and the yeast. Stir and leave somewhere warm for ten minutes. In a mixing bowl sift in the flour and using your fingertips rub in the softened butter, so that it resembles fine breadcrumbs. Stir in the sugar and then mix in the beaten eggs. Finally mix in the yeast and water – mix and add more flour if wet, or more water if dry. 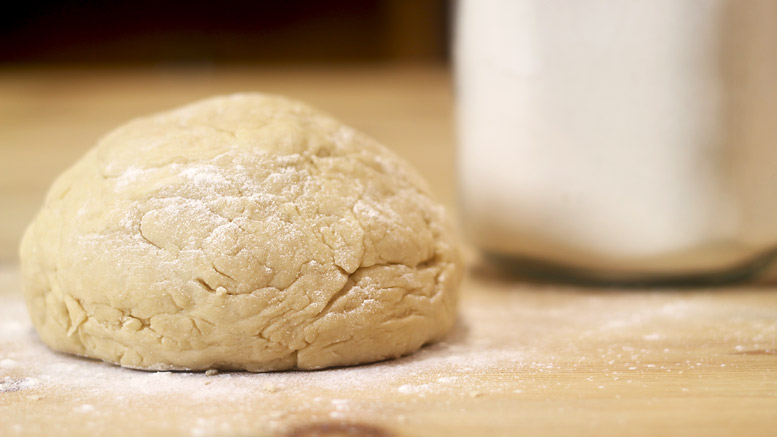 Tip the dough onto a lightly floured work-surface and gently knead. You should bring it into a silky, smooth and elastic dough. Once the dough is right put it into a bowl, cover and place somewhere warm so the yeast rises, to double the size – up to 2 hours.

Making The Bun Glaze: Grease a non-stick extra-large muffin tin. In a mixing bowl add the softened butter, cream it with the sugar and ground cinnamon. Spoon this mixture evenly into the bottom of the greased muffin tins. Add 5 whole pecans into each muffin tin, pressing them into the butter and sugar glaze. Cover the tin and keep for later. 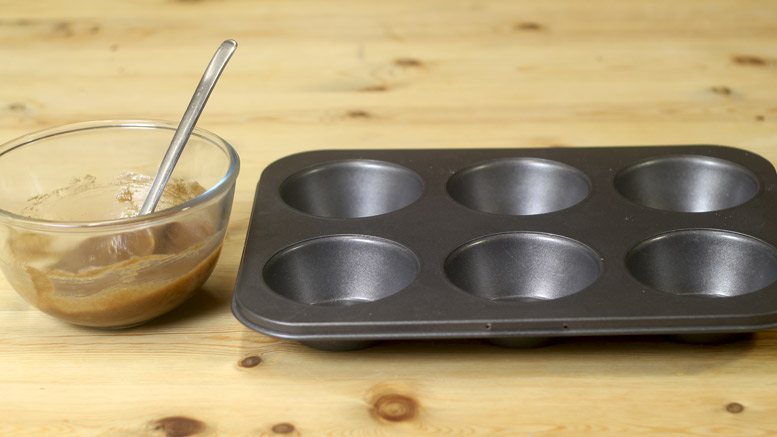 Putting In The Cinnamon Pecan Bun Glaze Into The Muffin Tin

Making The Bun Filling: After letting it rise gently knead the dough to knock the air out of it. The dough should not be sticky, otherwise it will not roll out. On a lightly floured work-surface roll the dough out into a large rectangle – the dough should be about 1 cm in thickness and about 48 cm long – keep the edges quite straight and the corners square. Brush over the rectangle of dough with the softened butter. Scatter over the brown sugar, the ground cinnamon and broken pecan nuts – leave the long top edge empty to seal the roll – scatter the ingredients evenly. 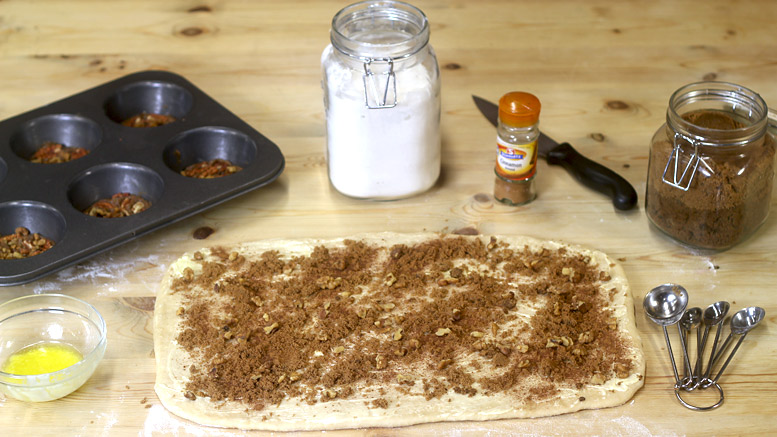 Tightly roll up the rectangle to make a log (it should be as tight as you can make it) as ideally you want to make 3 complete turns – try not to ‘push’ the sugar and nuts away as you roll – it is best to lift and roll in stages. Seal the roll, making a long log shape, and tidy up the ends. Then cut the roll into six evenly spaced pieces (about 8cm long each one) and place each piece, moulded a little to shape, cut side down, into the bottom of each greased muffin hole, gently pushing it into the bun glaze. Leave the muffin tray somewhere warm so the dough can have the second rise, probably for 30 minutes. 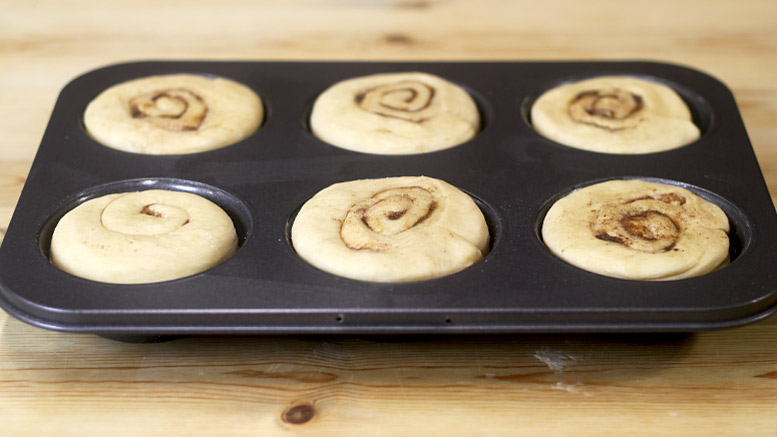 Preheat the oven to 210C

Once the dough has expanded to fill the muffin holes bake in a hot oven at 210C for about 20 minutes. The buns will rise even further out of the cases as they bake, and a little of the glaze will bubble out, so place a tray underneath to catch any drips.

Remove from the oven when baked and dark-golden brown. Leave to cool for 5 minutes, but they do need to be turned out before they cool and stick in the pan. After 5 minutes turn them out carefully! the bun glaze in the bottom of each muffin hole is going to be hot and runs down all over the buns. The best way to do this is to place a flat tray over the top of the muffin tin and turn it quickly over. Lift off the muffin tray leaving the sticky buns on the baking sheet. Allow to cool and serve.