Suet is a hard, white/pink beef (or mutton) fat – found around the loins and kidneys of the cow or sheep. Found in Suet Crust Pastry, it is a common ingredient that has been used in British and Irish cooking for millennia, much like lard. It is most noted as an ingredient found in the classic British steamed puddings such as Christmas Pudding, Spotted Dick, Treacle Pudding and in the pastry for Steak and Kidney Pudding etc. It is also found in many Mincemeat Fillings made for traditional Mince Pies, and when suet is missing from the recipe it never turns out as well as when added.

Suet can be bought fresh (from the butcher), in packets (from makers like Atora), and ‘vegetarian’ (a vegetable oil substitute).

It is still readily available for sale in Britain and Ireland, even on the supermarket shelves, but outside these islands it is more difficult to come by – Americans also regularly used suet in their recipes before the 1950s, and it is still found as an ingredient in many of their manufactured foods, but it is difficult to buy off the shelf. As a note: we are happy to use ‘packet’ shredded suet, bought from the supermarket shelf, in many of our standard recipes.

Many people only use suet once or twice a year, and almost always from packets, so as such it has become a misunderstood ingredient. For example although modern mincemeats for mince pies have lost their meat, they are not vegetarian, they contain ‘suet’ an animal fat. So for vegetarians use a vegetable suet as a substitute in all of the recipes calling for suet to be added. Note on using the vegetarian suet substitute – as with anything using a ‘substitute’ ingredient, it never gives the original recipes quite the same taste or texture, and the classic puddings in particular suffer in depth of flavour and texture for this. See also how to make Suet Crust Pastry. 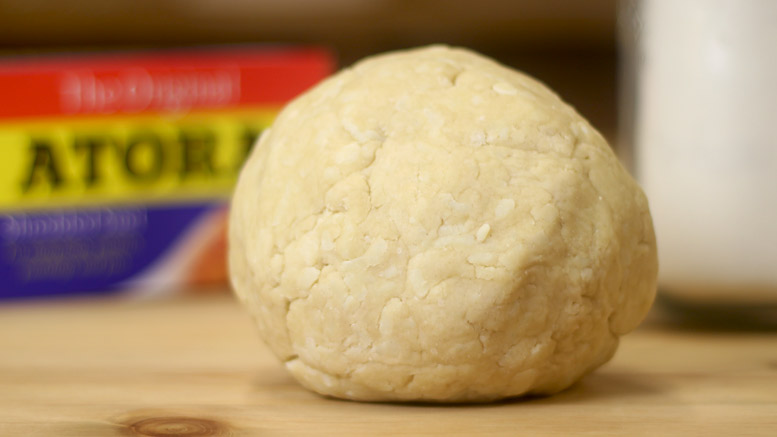 Getting Suet From Your Butcher: Even only 30 years ago most butchers commonly sold suet fresh off the counters for use in cakes, puddings, mince pies and dumplings etc. and if you have time, and you want an authentic recipe, rather than using packet suet, (or you cannot find the packet suet) you can ask your butcher to reserve you some of the finest fresh suet he has, (see the photo – top left). You can dice and shred it at home, it shreds very easily – and you use it in the recipes as directed. Fresh suet has no other ingredients such as flour etc. added and it will always give you a superior, cleaner taste to your recipes – but make sure it is shredded small, like fine breadcrumbs, using a sharp knife, and any harder lumps are discarded, as these can remain like little lumps of jelly instead of breaking down. 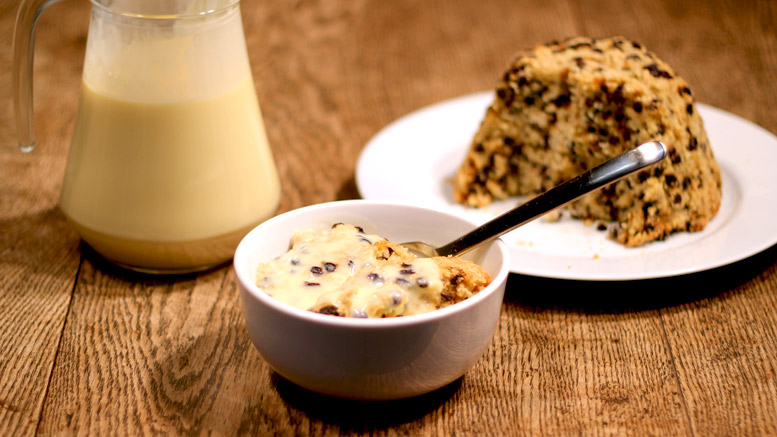 A Classic Spotted Dick Pudding Made Traditionally With Suet