APPLE TART: | Apple Tart Recipe | The recipe calls for an apple tart, rather than an apple pie. A subtle difference, but one we must acknowledge. Traditionally a pie filling is enclosed under a pastry lid, while a tart is open (called having an open face) – although this distinction can and is blurred – yet in British cooking another major difference between a tart or pie is down to the shape, size and height of the dish or tin used to bake them – a tart tin reflects in its shape and size the hand-raised, hot water crust pastry tart or flan cases of the medieval period. 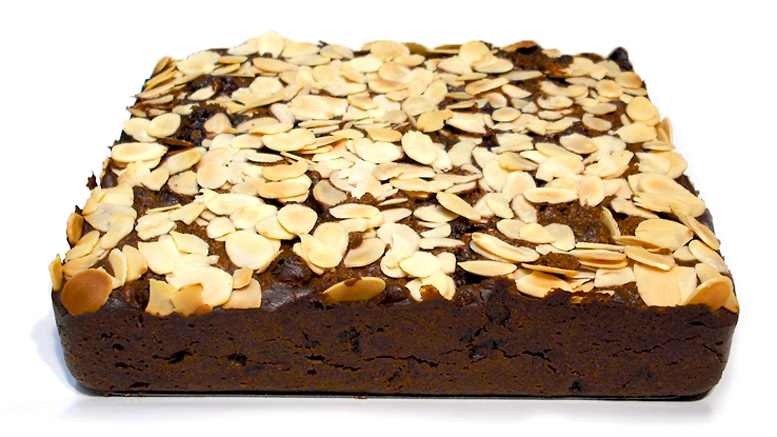 ‘MORE CAKES’: | Porter Cake Recipe | Treacle Cake | Stout-Hearted Cake Recipe | Westmorland Pepper Cake | When the rest of the Dwarves start arriving and calling for more cakes Bilbo would have had to go into his store rooms (pantries and larders) to fetch them. Tolkien makes it clear that Bilbo has more than one food store room in Bag End, and at each deeper level of store room you would see food stuffs that could be left to mature and be preserved for many months. These ‘more cakes’ would be much larger than the ‘extra cake or two’. These would be big round cakes or long cakes from which you would cut off a slice and eat, perhaps with a little butter spread on them. These would be like the fruit porter cake which has natural preservatives in it, and so Bilbo would have had a store of these types of cakes all wrapped up and sealed to call upon, enough to feed the Dwarves and Gandalf.

COLD CHICKEN: | Roast Chicken Recipe | Leave the bones on the bedroom mat! sang the Dwarves, telling us that it was a whole, cold chicken and not just a few off cuts off a discarded carcass from yesterday’s meal. You can make an argument for the cold chicken to have been broiled, but in Britain the tradition is to roast, and cold roast meats, leftover from the day before were a savoury treat, particularly from the Victorian age placed in a sandwich. Something that would certainly appeal to Hobbit and Wizard tastes.

‘AN EXTRA CAKE OR TWO’: | Queen Cakes Recipe | Cherry Turnovers | Griddle Cakes | Lemon Cake Recipe | When Bilbo first hears the door bell, expecting it to be Gandalf, he rushes around and puts out an extra cake or two to eat. These would be individual type cakes (when the doorbell goes for a second time they had hardly reached the third cake) reminiscent of taking a Victorian ‘tea’, although with a more rustic and rural charm than an upper class Victorian tea invitation. What we think of as modern, trendy ‘cupcakes’ were actually first seen from the 1700’s, when cakes were baked in a tea-cup. A mixture of individual cakes were usually served to guests so they could have a selection to chose from. Also griddle cakes and the like should be baked over a traditional griddle, either over the cooker stove or suspended by a chain over the embers of an open fire.

BREAD: | Seeded Bread Recipe | Manchet Bread Recipe | Maslin Bread Recipe | Bara Brith | Although not asked for by the Dwarfs or Gandalf, (it was probably part of the ‘things’ piled up on trays and brought out) it would have been a very strange tea and supper without it, it being the staple part of the British diet at almost every meal for over 800 years. It would have gone with the butter, jam, cheese etc. The Bara Brith recipe is Welsh, but a fruit-loaf baked in exactly the same way was also very common in England. Recipes for baking your own bread have not changed for centuries, what changed was how it was baked, by the late 1800’s bread was common to be bought in ‘loaves’ baked in loaf tins, and not as it had been since the Medieval era as large round loves with a flat bottom. These would have been baked fresh that day, or the day before, bread does not keep well without artificial preservatives.

MINCE-PIES: | Mince Pie Recipe 1 | Mince Pie Recipe 2 | We have a dilemma with this food item. Are these mince-pies made with, or without, real minced meat? (in this period beef). We give both recipes here. The reason for being unsure is because this Victorian period in British food history (discussed by Tolkien as being the inspiration for The Shire) was the exact turning point in terms of the ingredients used in mince-pies. This is when they started to become fruit based only, and real minced meat was beginning to be left out. For hundreds of years these mince-pies had been made with minced beef or lamb, or tongue and tripe, while for the last hundred years they have been made without, and only fruit used as a filling. So you get to choose, what would a Hobbit do? We think fruit based only, tying in with the cakes Bilbo is serving. Heat them up on a traditional hanging griddle or bakestone and serve with thick cream.

BISCUITS: | Plum Heavies | Jeannie Maitland Cakes | Excellent Small Cakes | Poor old Bilbo, his appetite quite deserted him, if all he was doing was nibbling on a biscuit in the corner, he must have been very upset and put out. Note: the name biscuit is quite modern, many of the old ‘biscuit’ recipes still retained the name ‘cakes’.

CHEESE: To buy a cheese Bilbo would have served we would have to assume it was of the ‘hard’ variety, easily made, stored and would last without spoiling for over a year. Around Warwickshire of 1897 there are three cheeses still made today that fit the bill perfectly. 1) Fowler’s Original Little Derby 2) Fowler’s Original Sage Derby 3) Barber’s 1833 Vintage Reserve Cheddar. When serving cheese at Bag End for several tea/supper guests one thinks of a large partially started round truckle, (a ‘wheel’ of cheese).

SALAD: A simple salad of leaves and herbs, with boiled eggs was typical in the Victorian period. However note, Tolkien removed tomatoes from the second print edition, see explanation in ‘pickles’ below, therefore this salad should not have any tomatoes in it. Mrs. Beeton’s ‘Summer Salad’ calls for: 3 lettuces, 2 handfuls of mustard-and-cress, 10 young radishes, a few slices of cucumber. It may be garnished with hard-boiled eggs, cut in slices, sliced cucumbers, nasturtiums, cut vegetable-flowers, and many other things that taste will always suggest to make a pretty and elegant dish.

HAM: | Dry Cured Ham Recipe | Honey-Glazed Ham Recipe | Although mentioned as part of the breakfast order, hams were able to be dry cured to last for many many months and honey glazed to last over a week. Ham would no doubt have been one of the ‘things’ piled up on trays and brought out of the storage pantries to feed such large numbers of guests. They would go well with the salad and on bread with butter, cold meats were very typical of the Victorian tea/supper. Most larders in a moderately well off house hold would have a ham or two hanging up.

EGGS: Bilbo was asked to put ‘some eggs on’, these would have been hard boiled for the salad and fried for the supper. Thorin asks for them to be poached in the morning.