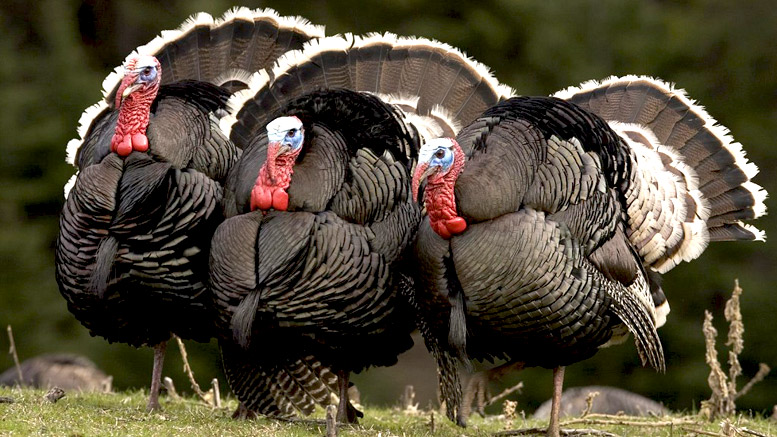 A History Of Turkey's At Christmas In Britain

When and why did the turkey become synonymous with Christmas Dinner in Britain? What factors played a role in why having a turkey for Christmas is now so essential and common, to the point it is now a deeply embedded cultural acceptance? This article goes through a comprehensive understanding of when turkeys first came to Britain, what turkeys cost, (in relation to what people earned) the types of British breeds of turkey, and how the turkey first came to be associated with Christmas.

The History Of The British Turkey At Christmas

When Did The Turkey First Arrive In Britain?

There is a very old country rhyme from the 1600s, (there are a few other versions of this rhyme, differing slightly, but they all run along the same lines) “Turkeys Herasays Hops and Beer, all came to England in one year!” Although a lovely saying, not all of it is accurate.

If taken literally then the rhyme would place the introduction of the turkey at the same time as the introduction of hops into our beer, in about 1200 A.D. Turkeys actually came 300 years later, when an enterprising young trader called William Strickland imported six wild turkeys into England in 1526 (into the port of Bristol).

Yet although legend has it Strickland sold them for ‘tuppence’ (2d = two-old-pence) each in Bristol market, other, later sources, state that the turkey came a little earlier to England by way of the New World. From Mexico to the Spanish Netherlands, (by Spanish traders) and then to England. However they first arrived these exotic birds were an instant success, (with the upper classes) having far more meat on them than the small Tudor chickens, and being far tastier than birds of a comparable and equally impressive size, either a swan or peacock, so more of them were imported to fulfil the demand (simple economics).

Note: The price rose on the next imports into Tudor Britain to a very expensive 6 shillings a piece in 1555, only falling in price with their wider-spread introduction to 3s 4d for a cock and 1s 8d for a hen by 1572 (this price, alongside other poultry, was legally fixed in London). Although even with this reduction in price of a whole turkey, a bird from the Poulter would remain beyond the reach of most of the British population for the next 400 years.

Yet if William Strickland was not the first, he was undoubtedly the most important trader and importer of turkeys to Britain’s shores. He made further recorded voyages, and in 1550, after becoming rich on importing Turkeys, he was allowed to incorporate the bird into his family crest.

Although there is no way to know exactly who first brought them to Britain, they did arrive in the 1520’s. So going back to the old English rhyme, it is correct about the ‘heresay’ bit, (well nearly). It was in 1535 AD that Henry VIII broke away from Catholic Rome, including the dissolution of the Monasteries, to be the head of the English Church, and this was the time that the turkey started to become more common in Britain.

We know this because Archbishop Cranmer, in 1541, defined the greater fowls as crane, swan and turkey-cock, informing his gluttonous clergy to eat no more than a single greater fowl at one sitting; and we also know that Sir William Petre, in 1540, also kept turkeys penned in with his pheasants. And by the early 1600s the turkey had begun to replace the tougher meats, from the earlier celebratory and feast day birds, of peacock and swan, at major Tudor banquets held by the rich and powerful.

This trend was also seen in the other European countries; in ‘Food: A Culinary History’, by Flandrin and Montanari, they state, “The turkey was accepted almost from the moment it arrived [in mainland Europe] because all sorts of large birds were already served on aristocratic tables, including some that were considered inedible, such as cormorant, stork, heron, crane, swan and peacock. Hence there was no problem with introducing the turkey, which was large, decorative, and tasty.”

Note: In ‘Food: A Culinary History’ Flandrin and Montari give an example in 1549 of a banquet given by Catherine de’ Medici in Paris, where seventy ‘Indian chickens’ and seven ‘Indian roosters’ were served, (the Indian Chicken and Rooster being early names for the turkey, named so because of where it was believed to have come from).

Flandrin and Montari also mention on several occasions the ‘rapid’ uptake of Turkeys after their introduction, giving the impression they were very common in mainland Europe; they cite the compelling evidence of the shift in cook-books away from giving recipes for other ‘inedible’ great birds (the greater fowls) in favour of more recipes for turkey.

Yet only once in their book do they mention price, (1549) and that is to say turkeys had become cheaper than the other great birds in France, which were bought primarily by the upper classes, but they do not mention if this price was within the reach of the majority of the French population, (the lower classes) or not, and if this price changed over time. Research for this article in Britain shows the price of a turkey never came within reach of the majority of the population until the 20th century.

Although Flandrin and Montari are mainly researching from the European mainland perspective, what they saw altering in the European cook-books can also be seen from the 1600s onwards in British cook-books, also indicating Britain’s wealthy citizens were eating turkey on a more regular basis.

Sir Kenelm Digby (1669) lists several recipes for boiled turkey, pickled turkey and roast turkey. Hannah Glasse (1740) does the same, even expanding the number of recipes and references given to the turkey considerably; she also describes various items as ‘the size of a turkey egg’, as if this comparison would be common knowledge. The great diarist Parson Woodforde (1770) in the eighteenth-century comments that a turkey weighing 14lbs was, “the finest fatted turkey that I ever saw, it was two inches in fat on the breast after it was roasted”. And by the time of Mrs Beeton (1861) you would be hard pressed to find more chicken, goose or duck recipes than turkey ones in her cookery book.

However, I would argue that being on the tables of the rich and powerful, and being mentioned in the great banquets of the day, (and even appearing in the cook-books written for the elite, literary classes) does not mean a universal and speedy uptake of the Turkey for the vast majority of the population. In Britain, unlike mainland Europe, the turkey never became a wide-spread farmed bird, particularly on the self-sufficient, smaller farms and small-holdings, even though turkeys fetched a high price at market.

Turkeys were common in large numbers only on the estates of the ruling elite, (who used them in their own celebratory banquets) and in big flocks on farms near the largest urban centres, like London. Small-holdings may well have been familiar with one or two turkey poults to rear, in the years they could be afforded, but they were never seen in the same numbers as chickens were.

Why Didn’t The Turkey Become Common To British Farms Across The Country?

From the early 1600s turkeys were mainly to be found on farms in the south-east, (East Anglia) where they already grew plentiful grain and corn on the flat, drained fen lands to feed them; and most of these turkeys were raised to be sold seasonally at Christmas time in the London markets, (to those who could afford them) which were within walking distance (up to two months of walking in some cases). However the uptake of turkeys in other parts of the country was slower – as turkeys had become widely known as a notoriously difficult bird for the majority of smaller farmers and small-holders to return a profit on.

Note: Between the years 1485 and 1785 the population of London increased from 75,000 to 850,000 turning a large part of the population from a rural producer to an urban consumer, a market needing to be supplied with large amounts of food from the surrounding areas. Therefore turkey meat, cut up and sold in pies or slices by street vendors or at the fairs, became part of the wider diet, but note, whole roast or boiled turkey still remained an expensive luxury.

By the mid 1800s Mrs Beeton describes (in the Georgian and early Victorian period, before extensive train networks) turkey farmers in Norfolk walking their turkeys through warm, sticky tar, and then sand – when the oily tar dried it became like rubber boots for the birds, with the sand for grip and added protection. So that when they walked them to London (in great flocks) to sell them at the Christmas markets the feet of the turkeys did not blister or become damaged on the long journey.

This accepted agricultural knowledge obviously had an impact on the numbers of turkeys being reared, and therefore the price of turkeys remained high, (compared to other poultry and other meats). Chicken remained the bird of choice for the smaller farmer or small-holder, especially in the north and west; chickens needed less maintenance, less food, they were initially cheaper to buy to breed from, and crucially more of the chicks reached maturity, and they did so at a quicker rate. And most importantly of all, the eggs of a chicken, which gave daily sustenance to the self-sufficient tenant farmers, could always be relied upon (in season). You also have to consider that the selective breeding of chickens by the 1700s had also moved forward, producing a much fatter hen with more meat on it, making it ideal for a small-holder breeding stock.

The wide spread belief in the British small-holder that turkey’s were problematical is expressed by Hannah Glasse – giving advice to her readers in her cook-book, ‘The Art of Cookery’, first published in 1747, (two hundred years after turkeys were introduced to Britain). In it she translates a Swedish book where the author relates a common complaint among housewives; they bemoan the fact that turkeys are very difficult to rear and raise, and that, “the profit rarely indemnifies them for their trouble and loss of time.” A notion shared by the British housewife.

The Swedish way of rearing turkeys is then recommended by Hannah Glasse, by plunging a just born turkey chick (poult) into a bucket of cold water and forcing it eat a pepper corn … “from that time in it will become hardy and no more fear the cold than a hens chick … the truth of these assertions are too well known to be denied; and as convincing proof of their success, it will be sufficient to mention that three Parishes in Sweden have for many years followed this method and gained several hundred pounds by rearing and selling turkeys.”