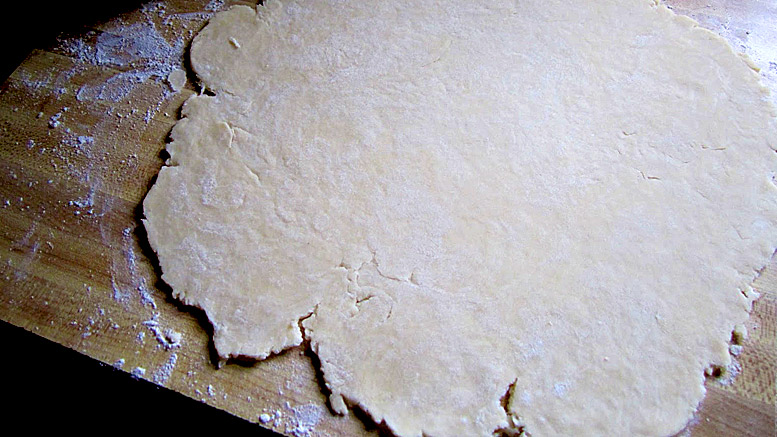 It is thought that in the early medieval period the work of the commercial baker and pastry cook overlapped, until they became more specialised and separate; in France this clarity between the guilds was shaped in law in 1440 AD. Therefore the  pastry-cook, as a separate identity, would go on during this period to develop many different recipes for pastry, as seen two hundred years later in the 14 different types of pastry recorded in Robert May’s, ‘The Accomplisht Cook‘, first published in 1685.

To understand making the most impressive and largest of the medieval ‘great pies’, (bakemeats and coffyn or coffins) we need to look at later pie designs published by Robert May, Henry Howard, Edward Kidder and John Thacker. These give us a very good idea of what these very impressive, larger, hand-raised pies must have looked like – although these examples are from long after the medieval period ended, they are still hundreds of years before the mass introduction of the pie tin, and so they can still show us the original historical skills of a British pie maker – skills kept alive by being handed down over generations, master to apprentice.

Should The Pastry Be Edible?

In upper class Medieval society, where food centrepieces were made on an impressive size, it is thought that the pastry was not normally eaten, but rather eaten out of. The pie was used as a container (a coffyn or coffin), a good looking, but functional and ‘disposable’ tableware item, something the delicate ingredients were cooked in and then scooped out to be eaten on breads. Most times this type of pastry was either dried out in the oven first, in order to keep the shape of the container (like a castle or other sculptural subtylte), or the pastry came out only half-cooked so the ingredients, which were the important part of the dish, were not over-done.

This is the main argument for the use of only the most basic pastry recipes in Medieval pies etc. If the pastry was not to be eaten, and used only as a container or baking vessel for the pie filling, it therefore stands to reason that only flour and hot water should be used to make the plain pie crust, or in richer house-holds a thickened hot-water crust pastry could also be used to make the biggest pies, the ‘Pies of Paris’ and ‘Great Pies’ etc.; and yes, both these methods make a pretty inedible pastry if made to ‘just’ contain the pie fillings, with very thick pastry walls baked hard. It must also be noted that without the use of a pie-tin this is the most successful type of pastry to use in making the largest, free standing feast day pies.

However, there is a natural counter argument to this: the ingredients used in making pastry were too expensive, and food too scarce, for the pastry to be thrown away or given to the dogs after consuming the pie filling. Food was never wasted, if the rich did not eat the pie crust, then the almoner, whose Christian duty and job it was to collect the uneaten food from the richer households and distribute to the poor, would have made sure it was not wasted. In other words, someone would probably have eaten the pastry or pie crust on most occasions.

When you consider in times of the worst famine, e.g. the potato blight in Ireland in the 1840’s, which claimed hundreds of thousands of lives over the decade, where people resorted to boiling their leather shoes and eating grass to fill their stomachs, a medieval pastry crust, by comparison, soaked in the juices from the filling etc. would be far more appetising on a regular basis than the alternative, no food. And by soaking even the hardest pastry crust and pounding it, (like salt cod) it would become more edible.

So if eating the pie or tart crust was common, then why not develop it into a more edible form? A small pie for example is the perfect ‘food’ in terms of cooking, storing and eating, if you could eat all of its parts. And this is exactly what happened, certainly by the Tudor period: Dawson in in 1596 gives directions, ‘to make fine paste’ (pastry) for small pies using butter and eggs in the pastry ingredients, for use with small, sweet and savory pie recipes we would recognise even today. The only question is ‘when’ did it start. Perhaps over a hundred and fifty years earlier … In ‘Two-Fifteenth-Century Cookery-Books’, the two unnamed medieval manuscripts, Harleian MSS. 279 and 4016, kept in the British Museum, dated 1430 and 1450 AD. we have instructions in the recipes for Bake Metis (Pies) to “take faire paast” … “an make fayre lytel cofyns” … “& endore with yolks of Eyron, & Safroun”. Why would the pastry on these small pies, glazed with expensive ingredients, not be eaten?

We also only ever focus on the recipes of the medieval upper-classes, which is understandable, having most evidence about what they ate, with very little in the way of written evidence about the diet of the poor and their cooking methods; but we still need to ask the question, did the poorer classes (not the very poorest) make and eat pies, tarts, custards and flans, made with pastry, or even buy them commercially in the growing urban centres when they could afford it? And if they did, would they throw the pastry shell away?

Many probably did not possess an oven, but exactly like bread, a simple pie (with thinner pastry walls) or an open-faced tart can be baked by placing it over the embers of a fire in a shallow pan, covered with a ‘lid’ (or another upturned pan) and surrounded by more live embers, (making a basic oven) where the baking progress is then monitored closely – this type of baking was common practice.

We also have to understand that there were also better cooking techniques and ingredients available to the Medieval pastrycook to make a pastry far more light and edible than just a very basic plain hot water and flour recipe. So why should food historians focus only on a pie crust or pastry made with just flour and water, which are only really useful when making the biggest feast day pies, or the quickest, blind-baked tart or flan cases?

“In Medieval Northern Europe the usual cooking fats were lard and butter, which–especially lard–were conducive to making stiff pastry and permitted development of the solid, upright case of the raised pie…No medieval cookery books give detailed instructions on how to make pastry; they assume the necessary knowledge…Not all Medieval pastry was coarse. Small tarts would be made with a rich pastry of fine white flour, butter, sugar, saffron, and other good things, certainly meant to be eaten”. From an ‘Oxford Companion to Food’, by Alan Davidson, published by Oxford University Press 1999.