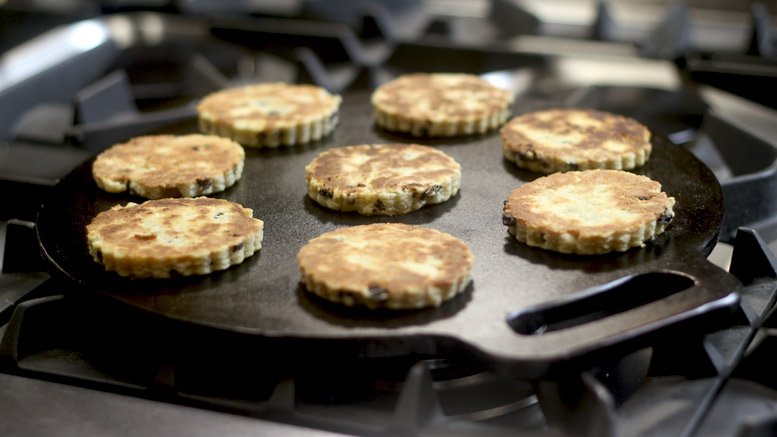 This recipe for Welsh Cakes, (picau ar y maen, pice bach, cacen gri or teisen radell) is a family one, taken from my family’s Welsh side. A recipe in fact from my Great-Grandmother who lived and worked in the coal mining valley’s of South Wales in the late 1800s – she lived in a tiny rural village in Blaencwm (Blaen-Y-Cwm) in the Rhondda – in a farmhouse where my Grandmother was born, from whom I got this recipe.

This is the recipe I always bake for St. David’s Day (1st March) or make up on Christmas-Eve and then bake on Christmas Morning – Welsh Cakes are a traditional Christmas treat stretching back hundreds of years in Wales. To bake the Welsh Cakes I am using an authentic, traditional Welsh Bakestone or ‘Planc’  (giving an even and continuous distribution of heat) but you can use a large non-stick frying pan or flat griddle.

While this recipe is quite a common one for Welsh Cakes, there are some regional differences to other Welsh Cake recipes, such as the use of buttermilk (soured) instead of milk, and the inclusion of a teaspoonful of ground mixed spice Glamorgan Welsh Cakes, however this is my favourite Welsh Cake recipe – it is a beautifully clean, bright tasting, a melt-in-the-mouth recipe – the lard gives a crispness to the tight crumb, while the butter and egg give it a richness, a richness which is cut by the sweetness of the juicy currants.

This makes about 14 or so Welsh Cakes.

Optional – serve as they come with a little sugar or:

Sift the flour and baking powder into a mixing bowl. Cut the lard and butter into small pieces, add into the flour and rub into a breadcrumb consistency between your fingers and thumbs. 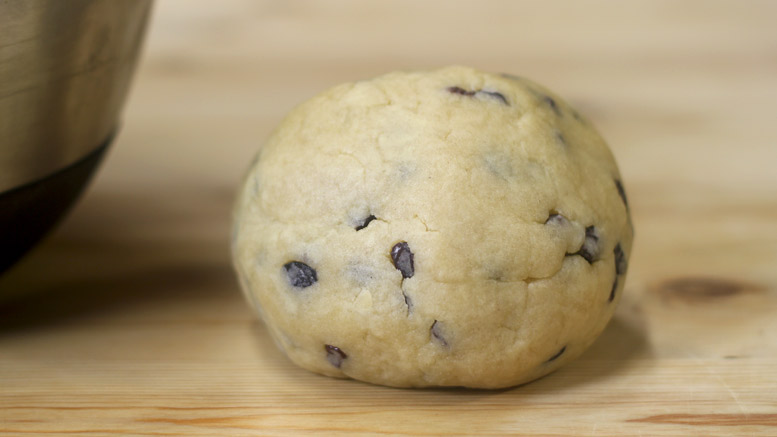 Then mix in the sugar and currents with a wooden spoon before mixing in the beaten egg and sufficient milk to make a stiff dough. Note: the dough needs to be stiff enough to roll out, so if it is a little wet add in some extra flour. Flour your hands and pick up the dough and gently knead it in your hands so that it is fully mixed and silky. 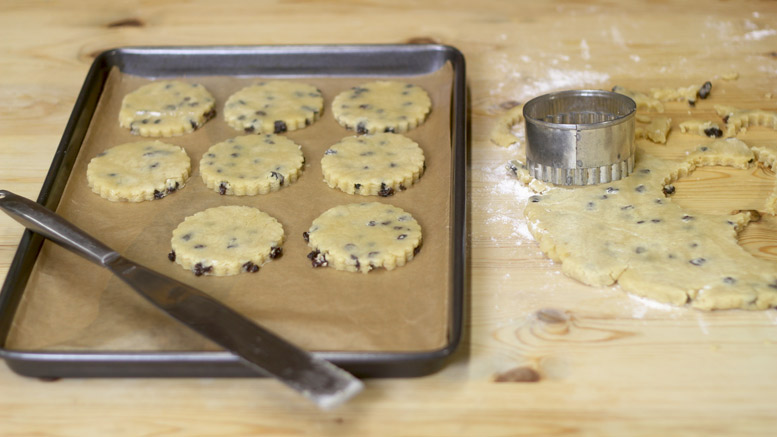 Rolling And Cutting Out The Welsh Cakes Dough Into Rounds

On a floured surface roll out the Welsh Cake dough to 5mm (1/4 inch) thick. Using a pastry cutter (straight edged or the traditional fluted one) cut the dough into 8cm (3 inch) rounds. Either store these rounds in an air-tight plastic container to bake the next day or bake straight away … 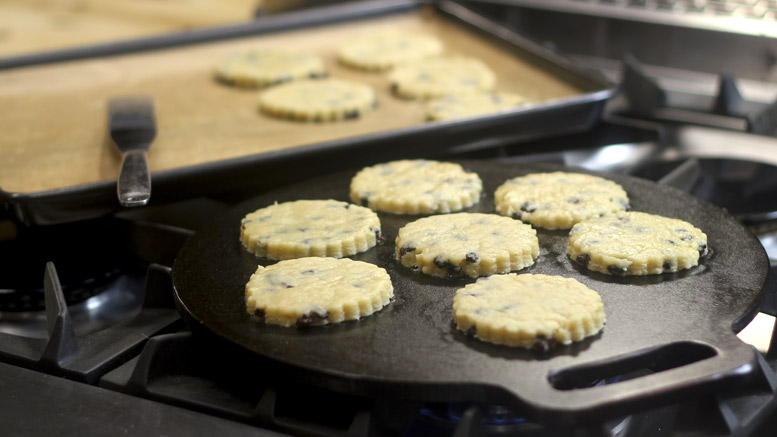 Baking The Welsh Cakes On A Traditional Welsh Bakestone

Bake on a hot greased bakestone (use a little butter) or in a large non-stick frying pan, until golden brown, about four minutes on each side. Place onto a plate and scatter over some extra sugar and eat the Welsh Cakes warm.

Baking Notes: You can make the dough up and bake these Welsh Cakes straight away, or do as I often do … make the dough, cut the circular Welsh Cakes out, and then place them in a plastic air-tight box in the fridge overnight – bake them the following day, either in the morning or in the afternoon. And because the ‘hard work’ is done the day before, and because each Welsh Cake only needs a few minutes on a hot griddle, it is the work of moments to get them piping hot and served into waiting hungry hands.

Welsh Cakes will always taste magical when they are warm, straight from the griddle, but they are still delicious eaten cold later on – just don’t forget to sprinkle a little sugar over them when they are baked. Welsh cakes (if not eaten plain, which is the most traditional way of serving them) are also sprinkled with a pinch of cinnamon or spread with a little home-made jam or drizzled with honey. 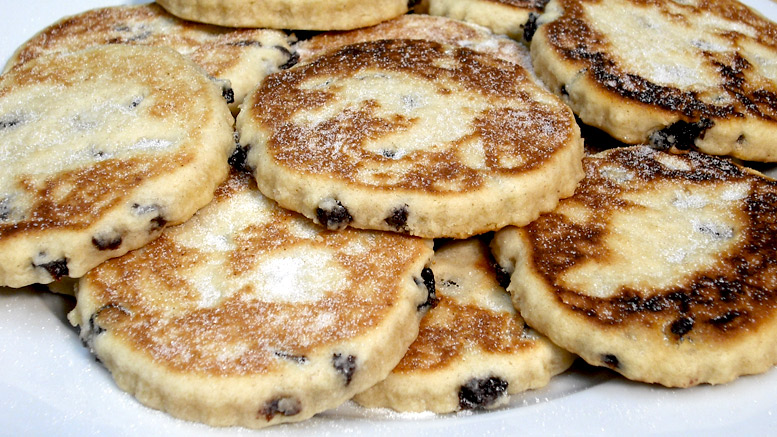