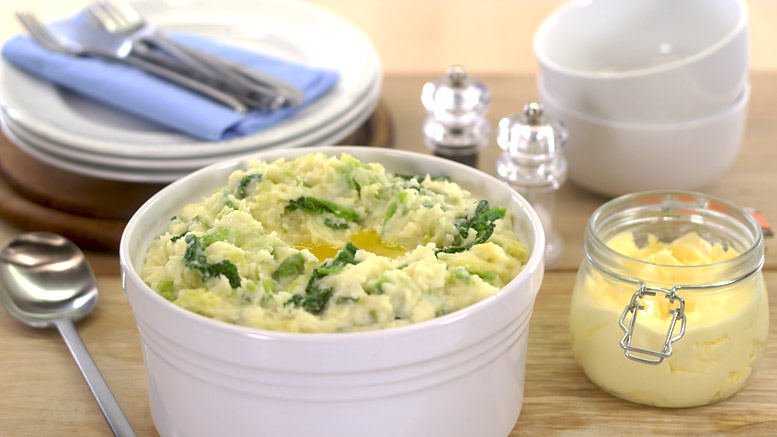 Colcannon is a very traditional creamy mashed potato dish from Ireland. The mashed potato is flecked with the green of either kale (traditional) or cabbage (more popular). Colcannon was traditionally be made with kale, but it is now more often made with cabbage. It is a wonderful side dish to any stew or pie, or any dish which has a sauce or gravy.

Use a floury potato and either kale or cabbage. 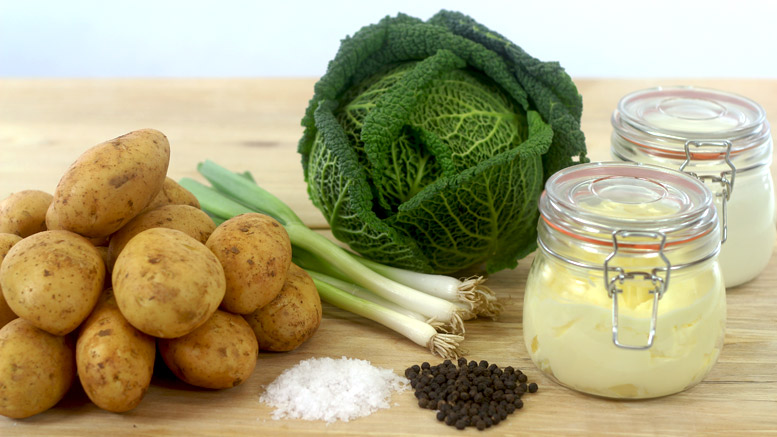 Peel the potatoes and cut them into even- sized pieces, so that they will all cook at the same speed. Put a large saucepan, with salted water, on to a medium-high heat. Bring it up to the boil, once at the boil turn it down to a simmer, then add the potatoes. Put the lid on and cook them until tender, but still maintaining an integrity (12 to 15 minutes). Do not over-cook. 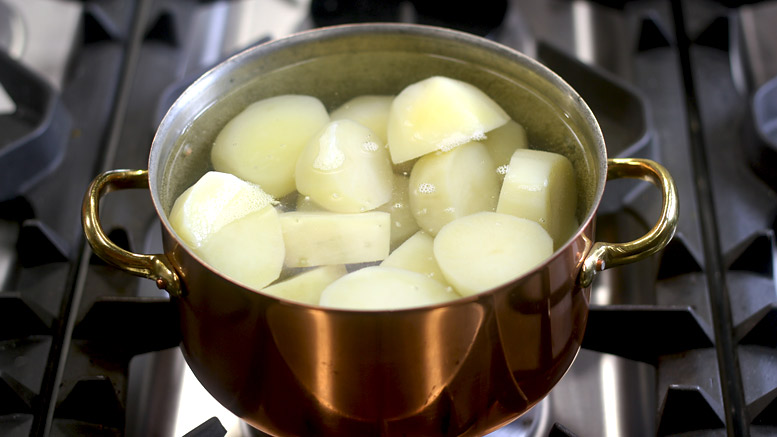 Prepare the cabbage (or kale): remove the outer leaves and discarded, finely slice and cut up the inner leaves. Heat a saucepan, until hot, and add 40g of butter and two tablespoons of water and then the sliced cabbage. Cook over a medium heat for 5 minutes, stirring frequently, until the cabbage is just cooked through. Remove from the heat. 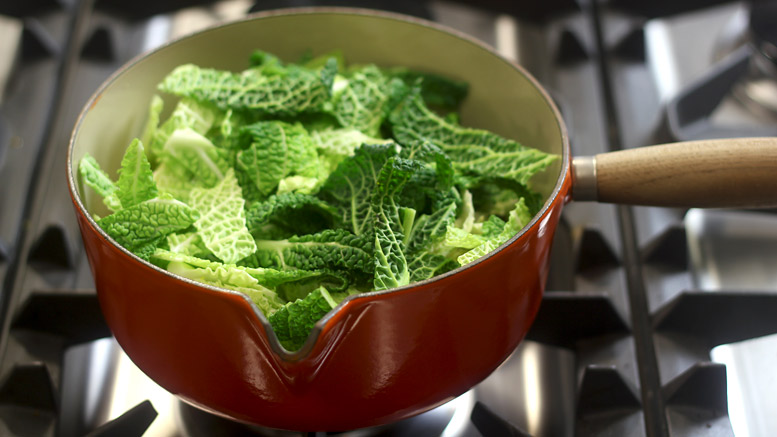 Drain the potatoes in a colander, empty the saucepan of water, and place the potatoes back in the pan. Place the pan on a low heat and briefly steam them dry. Take off the heat and mash the hot potatoes with a potato masher or a potato ricer, season to taste with a little ground sea-salt and black pepper, and then add in the cooked spring onion and the cooked cabbage (including the butter from the pan). Beat well together and add enough of the reserved hot milk to make the dish creamy and smooth.

Melt the butter. Put the Colcanon into a deep, warmed dish – make a well in the centre, and pour the hot melted butter into it and over the top. Serve.