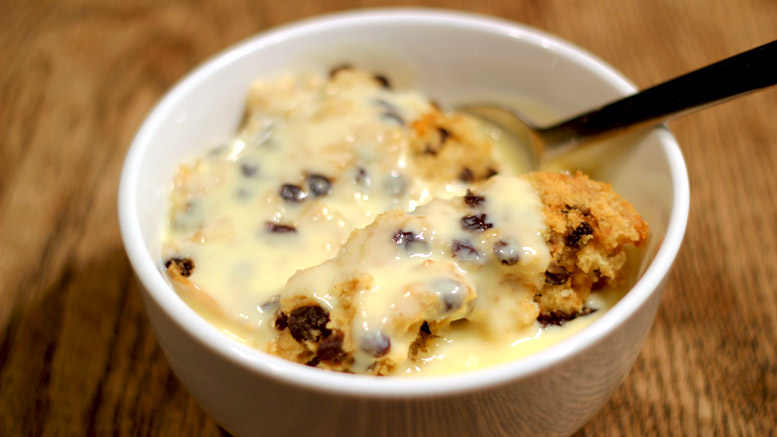 While the earliest ‘Spotted Dick’ pudding recipes are from the 1850’s, similar puddings, with very similar ingredients and cooking methods, pre-date this period. According to the Oxford English Dictionary the earliest documented reference to the actual name of this pudding is a recipe for ‘Plum Bolster or Spotted Dick’, from Alexis Soyer in his cook book, ‘The Modern Housewife, or, Ménagère’, published in 1850, (Alexis Soyer was a French Chef who settled in Britain and who wrote popular cook books based on the local recipes and ingredients he saw around him).

The ‘spotted’ part of this puddings name refers to the currants in the plain suet dough, and the word ‘dick’, according to some, is a slang word for pudding, (seen in an 1883 dictionary of colloquial terms for Huddersfield). Yet there are also other various explanations for its name – with a ‘nudge and a wink’ – because of its traditional cylindrical shape from being boiled in a cloth. And because of its name, which will usually raise a smile or a blush, some people prefer the less-well-known name of ‘Spotted Dog Pudding’ – “for Supper came … ‘Spotted Dog’ a very marly species of Plum Pudding.” C. M. Smith 1854.

Makes enough for 6 people. As referenced by the original recipes from the 1850’s Spotted Dick can be steamed in a pudding basin / mould (recommended) or boiled in a pudding cloth, both methods are given below. If you make too much for one sitting you can quickly microwave the pudding the next day, it springs back to life brilliantly with just a few minutes of heating.

In a large mixing bowl sieve in the flour. Then add in the sea salt, cinnamon, sugar, shredded suet, and the currants (or raisins). Using a wooden spoon mix these ingredients together, then add in the beaten eggs and cold milk, keep mixing with the spoon until it comes together. If the mixture is a little wet and in more plain flour. The mixture should be of a soft ‘dropping’ consistency, i.e. the mixture is not too sloppy but will drop off the spoon when tilted.

Spoon the mixture into the greased pudding basin, pack it down a little and level the surface with the back of the spoon – the level of the pudding should be about 3cm (1.5 inches) below the top of the basin (or less). Cut a round, large sheet of greaseproof paper and one of foil slightly bigger so they will come down at least 10cm (4 inches) over the sides of the basin.

Lay the baking parchment on top of the foil and fold a large pleat down the centre of both (to allow for any pudding expansion – see photo below). Lay the sheets over the top of the pudding basin (foil side up) and secure around the sides with string – wrap the string around the pudding basin several times tightly and tie the string off to make sure the foil top is secured down firmly and the pudding is sealed. Trim off any excess foil and paper if it is too long. You can even make a string handle by looping it over the top and tying it off under the string going around the basin. 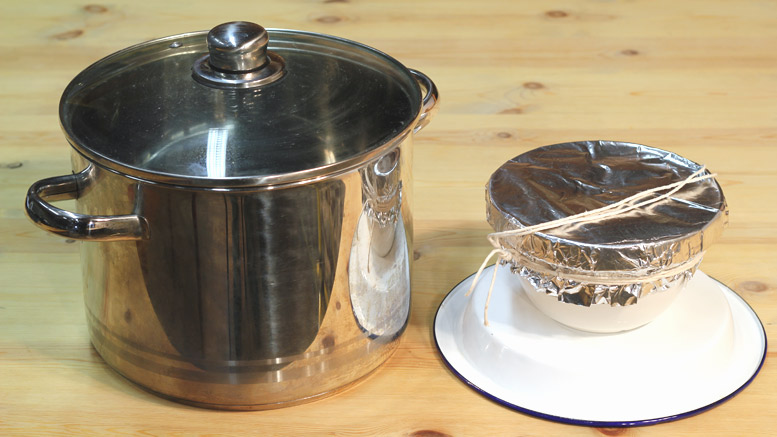 Keep the water at a medium simmer and a gentle bubble, cover with a tight fitting lid and steam for 2 and a 1/2 hours, topping up with boiling water from time to time. It is important to keep checking the level of the water every so often so that it does not run dry. 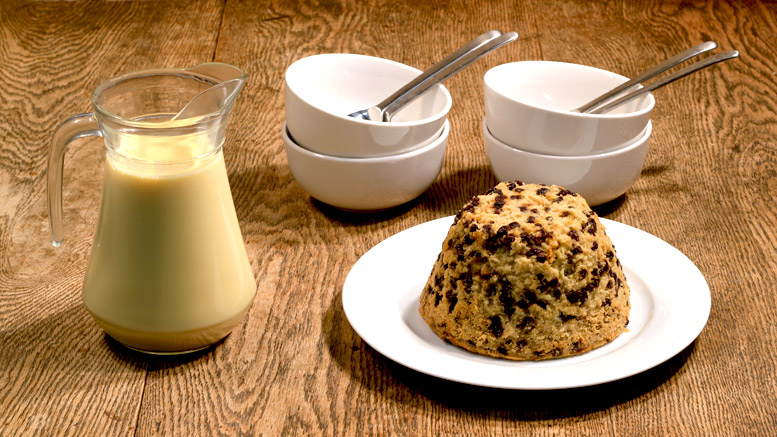