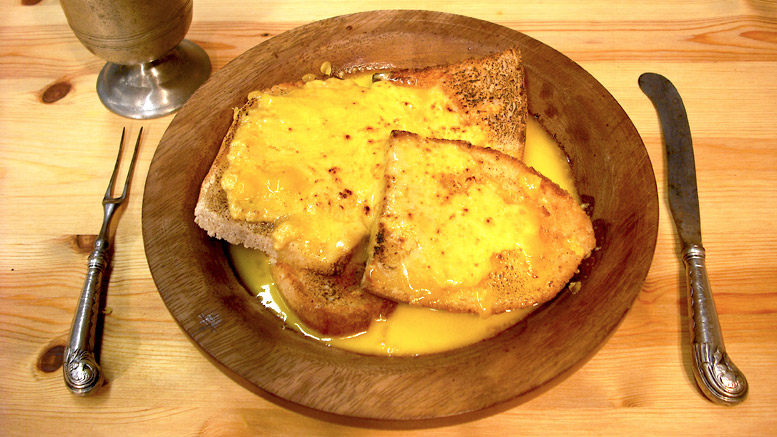 Gloucester Cheese And Ale (Welsh Rabbit) From An 1808 Recipe

This traditional recipe for Gloucester Cheese and Ale (Welsh Rabbit) from 1808 is so simple we will leave it at only a few lines to speak for itself … cut some Gloucester cheese into thin flakes, without any rind. Put the flakes in a baking dish, and spread over some English mustard then cover with a good ale. Cook in a hot oven until tender and the cheese has dissolved. Get ready some thick slices of brown toast, pour over the toast some hot ale you have heated in a saucepan then tip over the melted cheese. The hotter it is served the better.

‘A New System Of Domestic Cookery’, By Maria Rundell, Published 1808

Toast a slice of bread on both sides, and butter it; toast a slice of Gloucester cheese on one side, and lay that next the bread, and toast the other with a salamander; rub mustard over, and serve very hot, and covered.

Collected and compiled by the Gloucestershire Federation of Women’s Institutes. This is a very old and simple recipe going back hundreds of years in this region.

Recipe: Cut some good Gloucestershire cheese into thin flakes, first removing any rind. Put in fire-proof dish, spread some mustard over and cover with strong ale. Cook until tender and cheese dissolved. Have ready some slices of thick brown toast, pour over hot ale over toast sufficiently to moisten it, then the cheese. Serve very hot.

Both types have a natural rind and a hard texture, but Single Gloucester is more crumbly, lighter in texture and lower in fat. Double Gloucester is allowed to age for longer periods than Single, and therefore it has a stronger and more savoury flavour. It is also slightly firmer. Both types are produced in round shapes, but Double Gloucester rounds are larger. 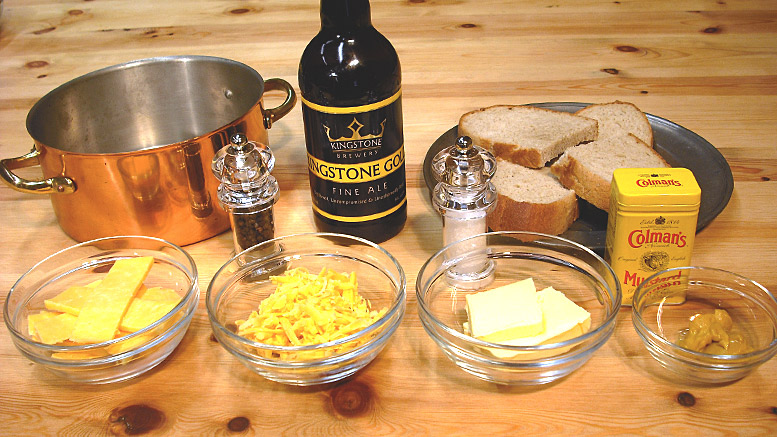 Ingredients For Gloucester Cheese And Ale

Slice long, thin flakes off your Gloucester Cheese and spread each one with a little English Mustard. Put each flake into the bottom of a pan. Cover the flakes in the ale and either put into a hot oven or on to the stove to melt the cheese and mustard into the ale. 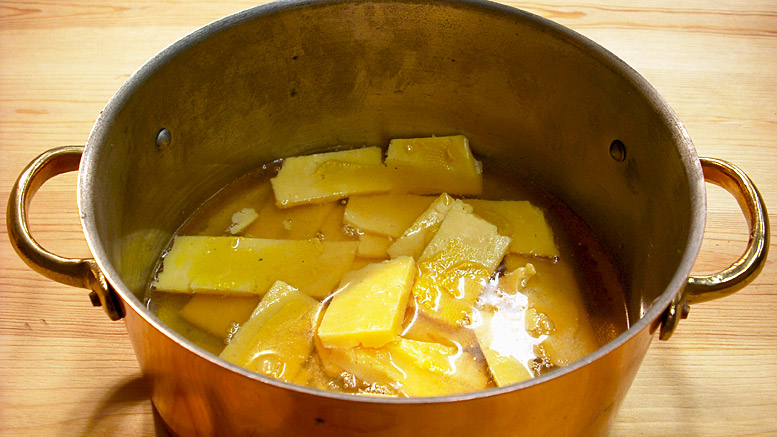 Melting The Gloucester Cheese In The Ale

Toast thick slices of fresh bread on both sides, butter one side, then pour the melted Gloucester Cheese mixture over the toast, season with salt and pepper. Sprinkle over the reserved grated cheese then serve the Gloucester Cheese and Ale with the rest of the ale to drink.