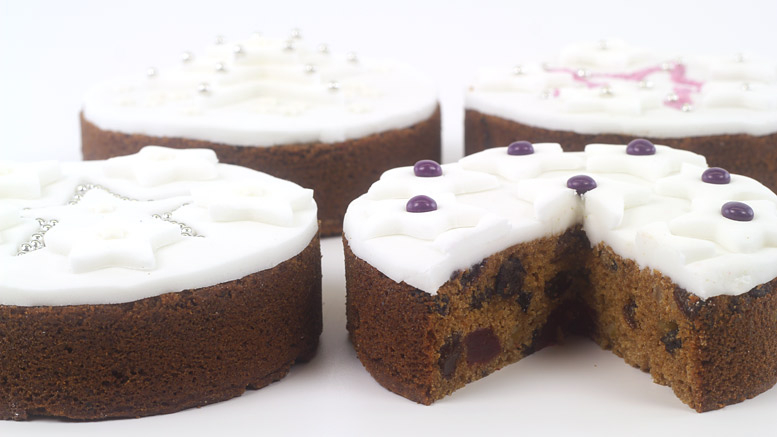 This boiled fruit cake recipe has been handed down in a Welsh family since at least the 1920s. It makes a very traditional style of cake, with a nice clean taste, boiled fruit cakes are always underestimated until tried. To make the cake the dried fruit is boiled first in water, butter and sugar, giving it time to plump up, and absorb these rich flavours, before making the cake batter. This method makes a fool-proof cake which always turns out well. In this recipe what we have done is split the recipe from being one large cake, down to four smaller fruit cakes which take less time to bake. This means you can either keep a few in a tin, to eat later (they will last for many weeks if kept in an airtight tin) or you can give several away as gifts.

Makes 4 cakes. You can eat the small boiled fruit cakes as they are or you can cut the dome off the top of the cake with a sharp knife, then turn them over, so the flat base becomes the top, and then ice them. Another traditional way of decorating is placing nuts and glacé fruits neatly on top of the cake and then brushing over them with a sugar glaze. 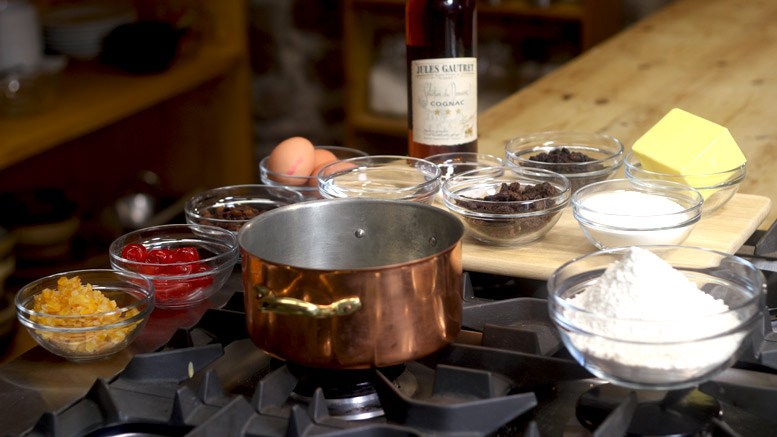 Getting Everything Ready To Make The Small Boiled Fruit Cake

In a saucepan first warm the water, then melt the sugar, keep stirring, then melt the butter. Make sure this butter, water, sugar liquid is heated and everything is melted – then add in all the dried fruit. Bring this up to a boil and keep it simmering away on a high heat for about 5 minutes. Stir frequently and turn the heat down if the mixture gets on to too fierce a rolling boil. 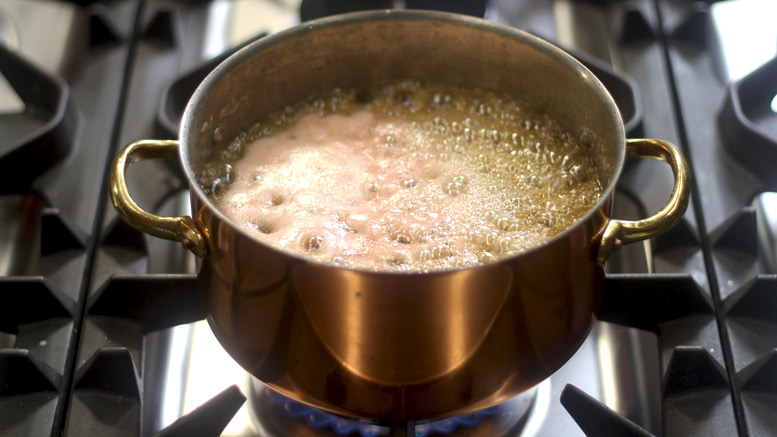 Boiling The Mixed Dried Fruit In Butter, Sugar And Water

Turn the heat off and stir in the tablespoon of brandy. Leave to cool. It needs to lose most of the temperature, which will take around 20 to 25 minutes – if you try to add the eggs into the boiled fruit when it is still too warm you will scramble them.

You can do the next part in a mixing bowl, but traditionally if you are using a large enough saucepan, the flour and eggs can be mixed into the boiled fruit while still in the saucepan (reducing washing up). We prefer to use a large mixing bowl as this gives plenty of room to mix everything thoroughly, making an evenly distributed batter.

Preheat the oven to 150C

If you are using a mixing bowl, after the boiled fruit has cooled, pour it into the mixing bowl and then to this add and stir in the flour and baking powder, then finally stir in the beaten eggs. Don’t worry, the cake batter is quite wet, and that is how it should be.Pour the cake mixture evenly between each cake tin. The mixture should be a under the top of the tins, to allow for the cake to rise a little. 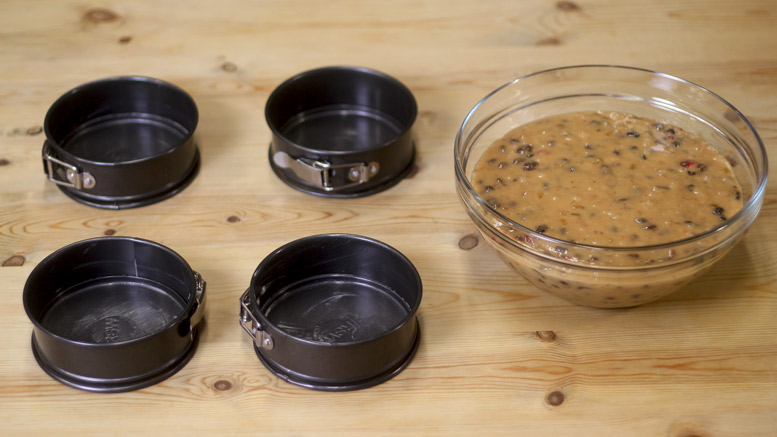 Put the cakes on a baking tray and bake in the oven for around 55 minutes at 150C. Check the cakes towards the end, depending on the oven they can be done after 45 minutes or after 65 minutes.

To check the cakes are done push a metal skewer into the middle of the cakes, if it comes out clean and hot they are done. If there is a little wet batter still on them give them another ten minutes. The tops of the cakes will dome slightly as they rise and crack – which is a typical look for a boiled fruit cake.

At this point you can serve them, wrap them in baking paper and keep them (feeding them a little brandy each week for 4 weeks) in an airtight tin to mature them. Or the next day they can be iced.

Cut the dome off the top of the cake to make a flat surface. Turn the cake upside down and use the flat base as the top. Roll out a sheet of ready made white icing, to about 3 mm thick, then cut out four rounds – so that they fit the tops of the cakes exactly. Brush over the reverse of the icing rounds with a little apricot jam, which has been warmed to become looser. This will help stick the icing to the cake. Stick the icing to the cakes, then decorate the icing as you wish. 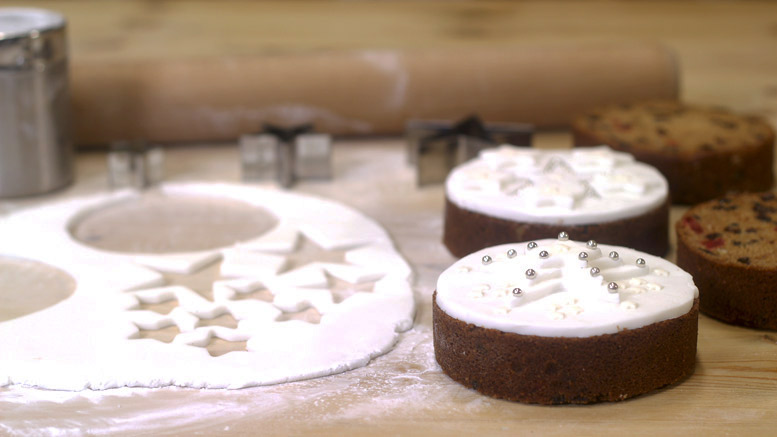