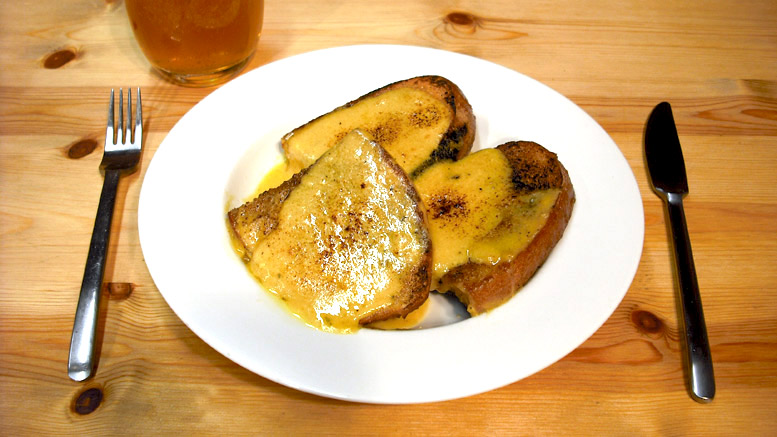 Welsh Rarebit is pronounced Welsh Rabbit, (it is also spelled ‘Welsh Rabbit’ in some recipe books) and yet this is not a Welsh dish and there is no rabbit in it, the name probably originates in the 18th century as an English insult to the Welsh; while rabbit was a poor man’s meat in England, in Wales the poorer man’s “meat” was cheese. However, that being said, it could also be a Welsh dish, or a variant on it.

The Welsh call the dish, Caws Pobi or Caws Wedi Ei Bobi and the basic ingredients (bread, beer, cheese) are food staples of every region of the UK and Ireland, and it was certainly eaten in many regions for many centuries. Variations on Welsh Rarebit go back to the first written recipes, and all through culinary history it can be seen in all the regions of Britain and Ireland – however, this 18th Century English recipe is the standardized version now which is still made today.

The dish called Buck’s Rabbit is a popular variation of Welsh Rarebit, made exactly the same way only served with a runny poached egg on top. Another version is called Gloucester Cheese and Ale and it is also a very similar recipe, but uses more of the ale. Welsh Rarebit was quite often eaten as a dish after the main meal, almost like a savoury pudding or a cheese and biscuit board for the poor man. Today it is probably the finest ‘midnight snack’ you can possibly have, and it only takes minutes to make. Oddly some people miss out on the simplest, and best tasting dishes because they are not complicated gourmet foods, so it’s not worth the bother … we think this is worth the bother, and the strangest thing is, it’s no bother at all. 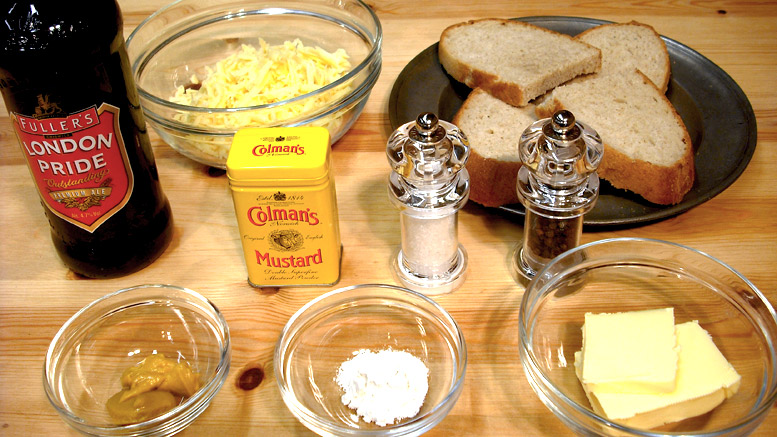 Melt the butter in a pan over a medium heat and add the flour. Cook the mixture for three to four minutes, stirring constantly, and then slowly add in the ale – this time stirring vigorously as you go, letting the flour cook out. Turn the heat down, add the mustard, cheese (keep some back to add later) and seasoning, and stir over a low heat until all the cheese has melted. Check for seasoning again, adding more mustard if you think it needs it. Reduce the volume of the liquid until the cheese and ale mixture thickens.

Turn the grill on and toast thick slices of fresh bread on both sides, butter one side. Put the toast on a heat proof dish, then pour the cheese mixture over the toast, and put the toast back under a hot grill until the cheese mixture starts to blister and go golden brown. Sprinkle over the reserved cheddar, season, then serve the Welsh Rarebit (optional add a poached egg to make it a Buck’s Rabbit).

In the photo below you can see Welsh Rarebit served on Georgian Pewter plates from the 1700s, with a Georgian silver knife and fork (the fork was just becoming common for the upper-classes) and the ale in a Pewter goblet. 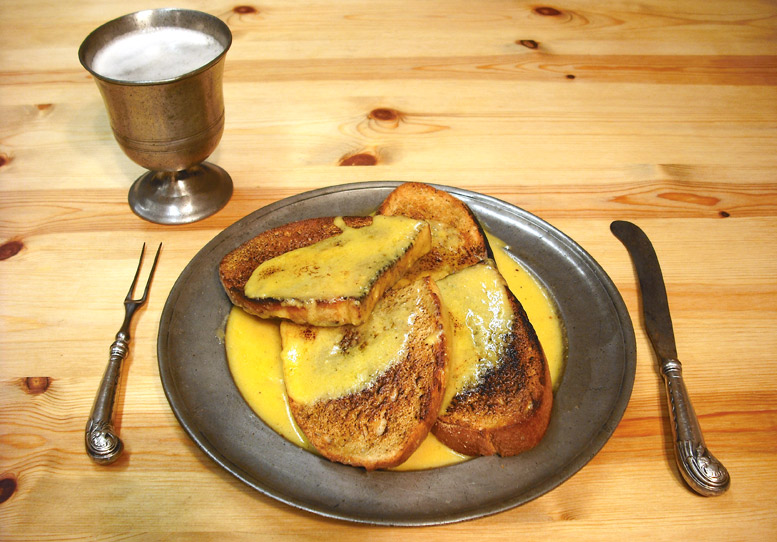